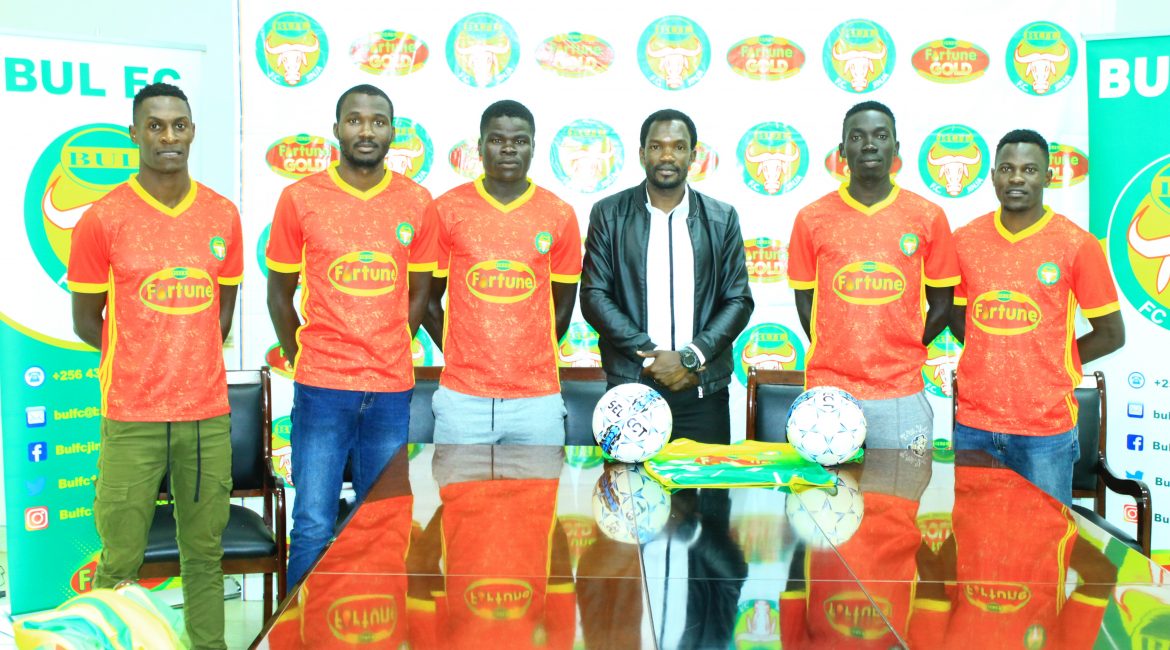 We are delighted to announce the signing of five new players.

Davis Mutebi and striker Paul Mbazira join on a two year contract each while the trio of Kenneth Kibbale, Douglas Bithum and Peter Onzima join on one-year loan deal each.

The unveiling took place on Friday August 21 at our club headquarters in Masese, Jinja City.

The five new players at the club now bring the total number of new recruits to seven in this summer. The others are: Aggrey Madoi and Ibrahim Mugulusi who joined at the start of this month.

Head coach Arthur Kyesimira is excited with the additions.

“I believe these players can really make a difference for us,” he said

“We are looking forward to having a greater season ahead with this BUL FC project.”

Davis Mutebi could not hide the excitement as well.

“Indeed time has come for a new challenge,”

“I am excited at this chance that I have got to be part of the next phase in the club’s fight to achieve success.” He said.

He added that: “Police FC is a top club and I have many friends there but you cannot turn down the chance to join BUL FC. I look forward to helping the coach and the club in its entirety to be successful in the coming years.”